What drove the stars in the 20th century and today? 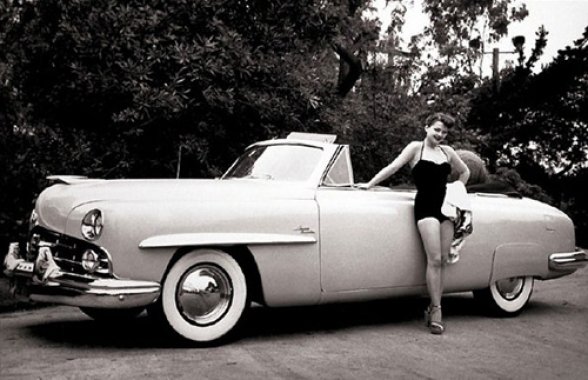 Nowadays everyone can suppose what cars drive our popular stars, but nobody can imagine what cars the most famous people drove in the past!

The car is not just a way of movement, but also the rate of status in the society. We can easily define who is its owner, a pop star or a regulary driver. Celebrity cars are always differ among the rest.

The automobiles' fashion is also changeable as clothes' fashion and other's things. But the cars of celebrities are from year to year more popular and in demand.

Pop stars, as well as ordinary people, have their own preferences when choosing a vehicle. Someone prefers sports car with an opening roof, someone likes more family pickups.

Nowadays everyone can suppose what cars drive our popular stars, but nobody can imagine what cars the most famous people drove in the past! Surely there is nobody who at least once in his life hasn't ever heard the name of John Lennon. This popular musician was the main founder of the group “The Beatles” at that time. He was the owner of a unique car Rolls-Royce Phantom V with unique colors.

Initially, the car of John Lennon was black, but the musician bored with this standard color and used some cans of spray paint and painted his car. Musician loved the renewed car, because it was in a single copy.

Later a 1955 Bentley was given as a gift to Lennon from the organizers of the tours. But this brand has not gone unnoticed. A few days after Lennon became owner of this vehicle, he painted it also in another color. Thus, he wanted to prove how creative he was. Marilyn Monroe was the most attractive woman, for her 36 years became the world-famous actress, and had been married three times. The pink Ford Thunderbinder complemented perfectly her blonde image. James Dean - speed racer, often drove his dazzling Porsche, which he got, being a famous actor. Dean's career and life were as fleeting and speed, as his car.

He loved very much his car and tried not to miss a single race. At 24, James died tragically. At a high speed on his Porsche, he raced to the next competition, which afterwards did not attend. It is so called a small and fragile Edith Piaf. The famous singer was very tiny and that's why she was called in such a way. As for her personal car, it had pretty impressive size. Six-meter Packard Carribean Cabriolet looked very prestigious and expensive.

Six-meter monster was at that time quite richly equipped, automatic transmission, electromechanical actuator and more. Noticing this car, many accompanied it with the eyes saying: "It's a Dream, not a simple car".